DMing is hard enough as it is, you need something that just works. Tarrasque.io lets you run an entire session through a single interface.

Fully-fledged and customizable. You can choose to show HP bars and indicate the active combatant on the map. No need to use an external tool.

A grid that makes sense and works for you. You align the grid to your map, not the other way around. No more having to resize your map to make it fit the existing grid!

Fully editable and homebrew-friendly stat blocks! No need to learn a different UI for editing - it's exactly the same as its read-only counterpart. 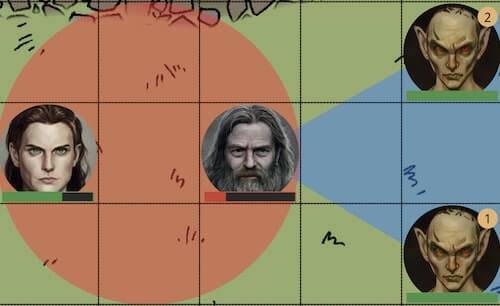 "I cast Fireball". With the shape tool, you can draw rectangles, circles, and triangles, so you can visualize exactly which creatures are affected by spells or abilities!

Sometimes a picture isn't worth a thousand words. Especially when that picture is of a cart - and that cart is on fire. Bring your maps to life by adding your own touch of paint to them. 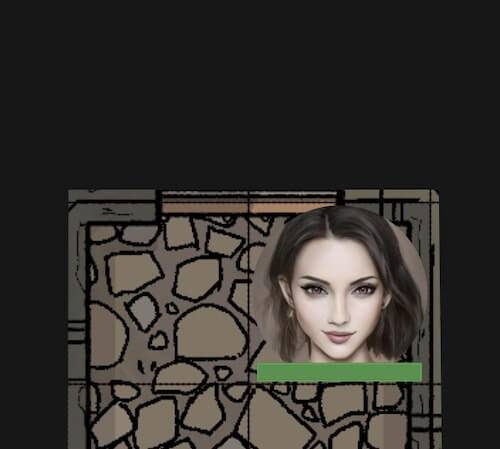 Hide and reveal areas with ease without wasting precious time at the table. Resize or move your hidden/revealed areas as needed without any hassle!

A monster got hit by Acid Arrow? Don't wait for your players to remind you to deal damage at the end of its next turn. Surprise your players by noting that down! 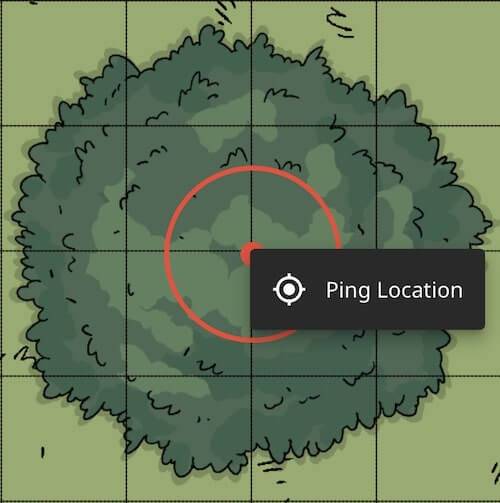 You and your guests can double click anywhere on the battle map to ping a location that everyone can see on their screens!

Powerful dice roller for playing online or for when you just don't have enough dice! Just kidding, you have too many dice already.

Not every goblin is like the rest. Increase immersion by allowing monsters to have varied HP based on their hit dice! Or just use the average HP, it's totally up to you. 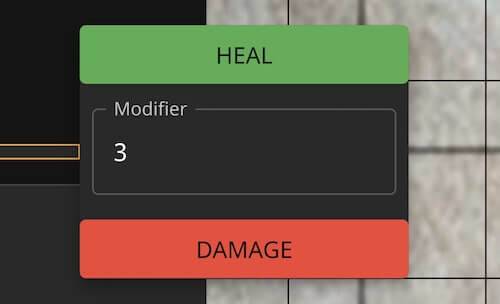 Death to maths! Nobody wants to try and divide 232 by 13 at the table. Just use the built-in adjuster to either heal or damage a combatant on the fly.

Never downsize your maps to fit the upload limit. Your maps deserve better. With the Titan and Legend tiers, you get 1 and 5 GB of storage space respectively.

Present on a TV

No peeking behind the DM screen! Stream on another monitor and show your players only what you intend them to see.

Plan and prepare your encounters and award XP straight from your VTT. No need to switch applications. Just don't have them fight a Tarrasque - or do. 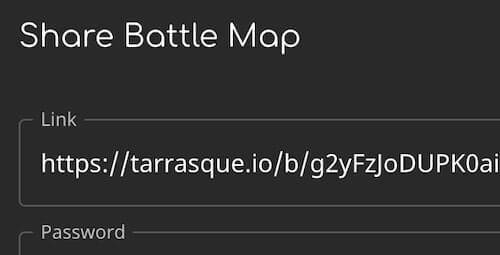 Finished playing on a map but the session isn't over? Just click a button and your players will be redirected to the new battle map. No need to follow a new link. 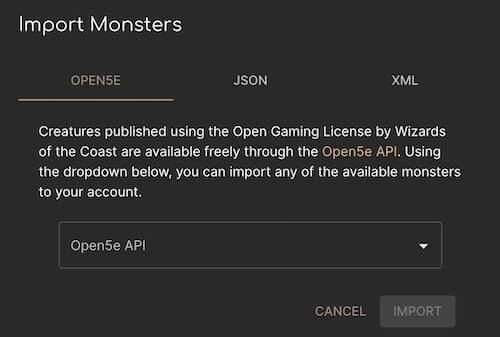 Have a lot of homebrew or SRD monsters you want, but don't want to do it manually? Maybe moving from another VTT or Combat Tracker? The monster and spell importer is here for you.

Acknowledgements
All Wizards of the Coast content provided under terms of the Open Gaming License Version 1.0a.
© 2020 Tronite Ltd. All rights reserved.